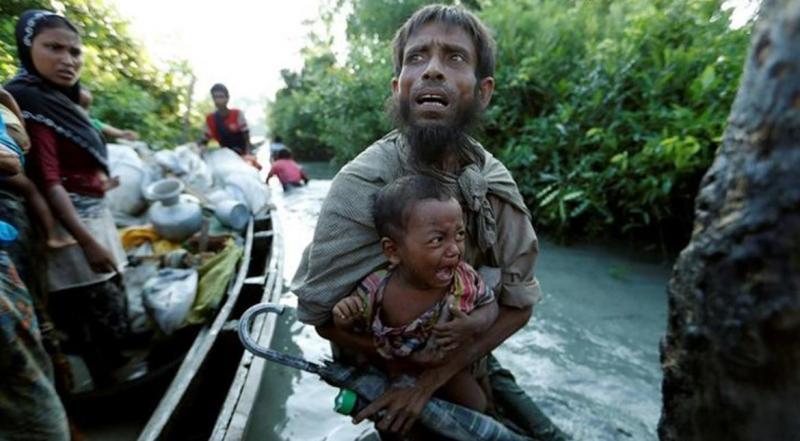 The world’s inaction is deafening.

The United Nations says that it expects most of the remaining 500,000 Rohingya outside of IDP camps in Burma to cross the border to Bangladesh, seeking safety from the genocidal Burmese military in the coming weeks. And the Burmese military’s response is a belief that their actions will have no repercussions. That like in the past, after some international noise the Rohingya will be forgotten – and so they continue to operate with impunity because the world does nothing to stop the genocide.

We cannot give up hope. As Bangladesh’s Foreign Minister told us, the Burmese military and government do not change course unless there is pressure and they are forced to act.

“If the international pressure drops, Myanmar will not do anything,” – Asaduzzaman Khan Kamal, (Bangladeshi home minister)

We have to keep up the pressure at this critical time when focus has shifted to providing relief supplies to Rohingya and no longer pressuring the .

Over the past few weeks we have been in touch with several Senators and their offices and they have mentioned that some Senators are still unaware of Senate Resolution 250, which condemns “Myanmar’s horiffic acts of violence against the Rohingya.” We need your help more than ever to get bipartisan support for its passage.

Major Muslim majority countries across the world have spoken out against Burma’s violence but they must strengthen their condemnations with the tangible 4 asks mentioned above.

Key Muslim Ambassadors at the UN