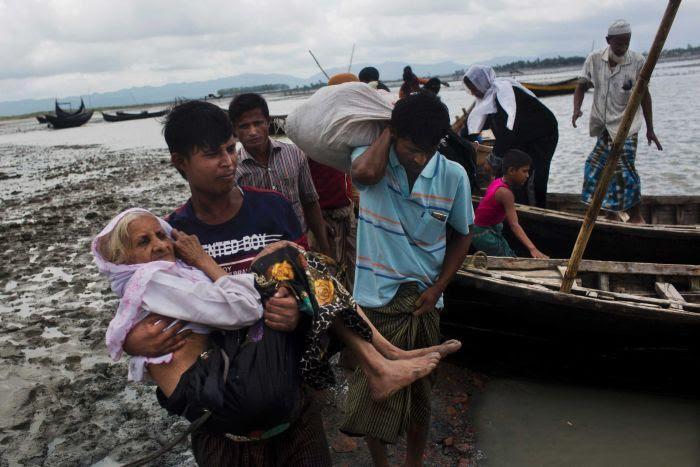 Call these Embassies to stop the genocide: https://www.burmataskforce.org/alert/call-campaign-list-embassies-you-must-contact

Call these United Nations Missions to stop the genocide: https://www.burmataskforce.org/UN

Next 7-10 days are the most critical days for Rohingya. Iron is hot not to strike to get it declared a genocide

Your phone calls and prayers are making a difference. This month is quite critical for Rohingyas. Major developments last week tell us that this is the time for high pressure to get it declared a genocide and put full sanctions on Burma. A major body at the U.N. has called the crisis genocide and wants Burma’s commander-in-chief and others to be prosecuted for the genocide of the Rohingya people. The U.S. Ambassador at the U.N. Security Council has said that their survey results are “consistent” with the U.N. findings. The U.S. government’s official survey of the Rohingya survivors says:

Our Asks from the U.S. Govt:

United States has done good work thanks to your efforts: the U.S. govt has committed $230 million for the Rohingya.

Be appreciative before you ask:

Ask the Chinese Ambassador to Stop Attacks on Muslims:

Tell him: “I know that 3 million Uyghur Muslims are detained by China in the detention camps without trial.

Ask Muslim Countries to Stand up Against Rohingya Genocide:

Assalamu alaikum and good morning! I am calling/we are calling on behalf of (Burma Task Force and insert your organization’s name) to encourage the (insert the country) Mission to oppose genocide and to support human rights protections. As you know, the Rohingyas have been under attack and a recent UN investigation has found that they are the victims of genocide.

Who should we be speaking to on staff about human rights protections in Burma?

Do you have their email addresses?

Islamophobia is growing around the world and in Burma it has resulted in mass displacement, mass rape and mass atrocities. The government of Burma is trying to get away with genocidal policies. Will your nation’s government support strong sanctions on Burma, a resolution on Rohingya repatriation and a referral to the International Criminal Court?

Without justice, there will just be continued persecution against other minority groups in Burma and also against Muslims around the world, like the Palestinians, the Uighur people of China, the Muslims of India and many more.

Why it is critical?

We must stop the Rohingya genocide. Failing to do that will encourage other countries to attack minorities. For example, India following the Burmese model, has taken away the citizenship of 4 million Muslims and China has sent 3 million+ Uyghur Muslims to Chinese concentration camps.

God controls the world, we don’t. But it is our duty to stand up in prayers and in actions.