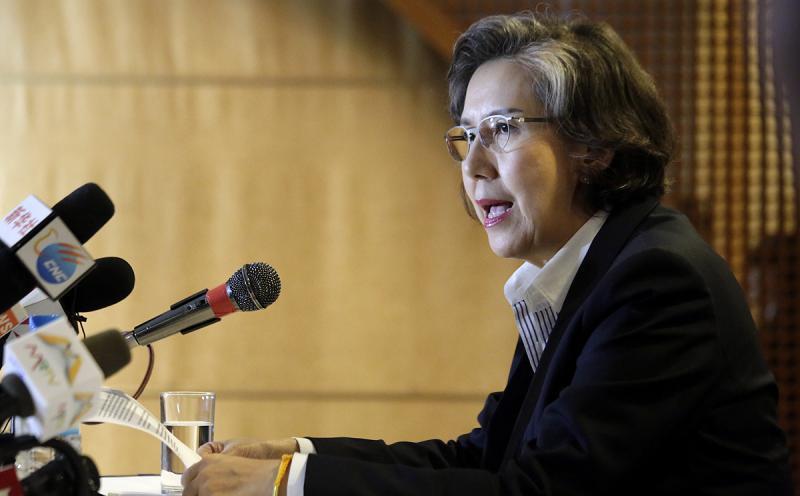 The United Nations’ Special Rapporteur to Burma, Yanghee Lee, has told the UN Rights Council, that the evidence “indicates the government may be trying to expel the Rohingya population from the country altogether.” Lee’s call for a Commission of Inquiry has been hindred by the non-support of the EU, UK and Australia.:

The council could set up the commission before its session ends later this month, but key players including the European Union have not yet backed Lee’s call because of concern that a damning UN investigation might threaten the country’s fragile democracy drive.

Speaking to reporters after her council appearance, Lee said she believed support for a Commission of Inquiry was tepid, including within the EU.

Countries “won’t say they are not going to support your call, but I do hear … (countries) say that maybe Aung San Suu Kyi needs more time,” Lee said, referring to the Nobel peace laureate who leads Myanmar’s civilian government.

Suu Kyi’s government, which took charge last year after decades of oppressive military rule, has rejected Lee’s bid to set up a Commission of Inquiry and insisted its own national probe can uncover the facts in Rakhine. …

Lee conceded to reporters that a full international probe “could have a destabilising affect” in that it may implicate the military in crimes against humanity, but she insisted it was in the government’s interest to get the facts out.

She also told the council that the government’s internal probe had already been proved inadequate.

Representatives from the EU, The Netherlands and Britain all avoided the question of a Commission of Inquiry during Monday’s discussion.