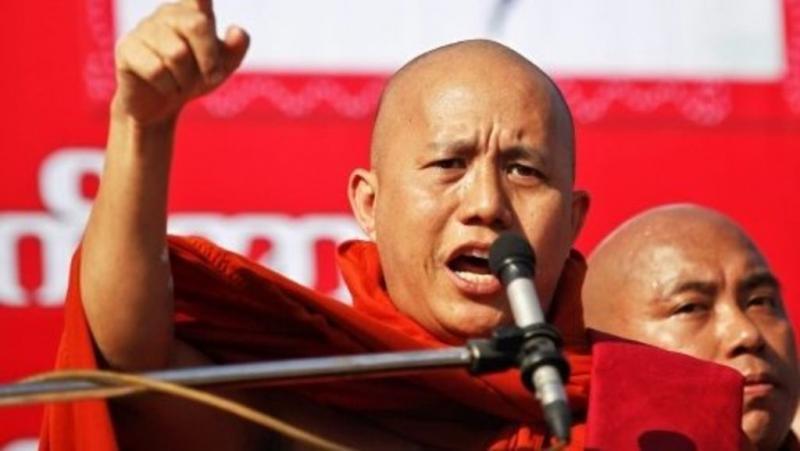 A Myanmar monk infamous for his bilious anti-Muslim tirades has been banned from giving sermons for a year by the country’s top Buddhist body, an unprecedented slapdown on a man whose hate speech has galvanised religious tensions.

Wirathu, a monk once dubbed the “face of Buddhist terror”, has led calls for restrictions on Myanmar’s Muslim population, penning hyperbolic speeches warning of an Islamic takeover of the overwhelmingly Buddhist country.

Myanmar is gripped by deepening religious tensions that have repeatedly spilled into violence.

The unrest has been partially attributed to anti-Muslim rhetoric spread by Wirathu’s wing of Buddhist monks.

Aung San Suu Kyi’s government is under strong international pressure to explain a bloody crackdown on the Muslim Rohingya minority in Rakhine state over recent months.

Wirathu, who draws large crowds to his stock-in-trade Islamophobic speeches or social media posts, had already been barred from speaking at an event shortly after Ko Ni’s murder.

But a special meeting of the country’s most senior monks – the State Sangha Maha Nayaka – on Friday decided to ban all of his sermons.

“As he has repeatedly delivered hate speech against religions to cause communal strife and hinder efforts to uphold the rule of law”, the monk “was banned from delivering sermons across Myanmar for one year from March 10, 2017 to March 9, 2018”, the council said in a statement that emerged on Saturday.

He will face “action under the rule of law” for any breach of the order, the Sangha added, without specifying the punishment.