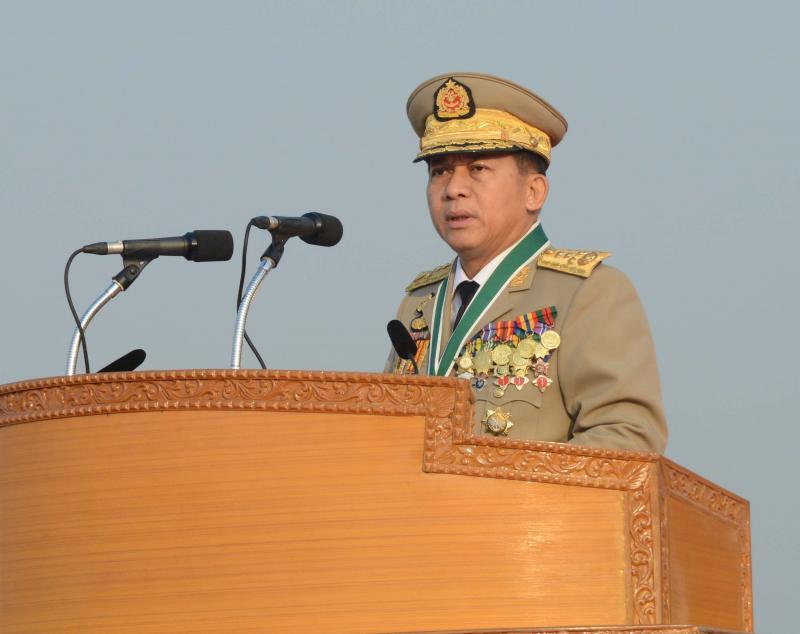 Myanmar’s military chief on Monday denounced the claim to citizenship by Rohingya Muslims and defended the government’s crackdown on them.

“We have already let the world know that we don’t have Rohingya in our country,” army chief Min Aung Hlaing said in a speech marking Myanmar’s Armed Forces Day.

“Bengalis in Rakhine state are not Myanmar citizens and they are just people who come and stay in the country,” Hlaing added.

Myanmar is now under civilian leadership but its powerful military, which ruled the country until recently and built up a notorious reputation for rights abuses, still uses Armed Forces Day to flex its muscle.

Rohingya Muslims, stripped of their citizenship in 1982, are often referred to as “illegal” immigrants by Myanmar’s leaders. About 1.1 million Rohingya are denied citizenship and their movement is severely restricted, with tens of thousands confined to dire camps since violence drove them from their homes in 2012.

Hlaing’s speech came just one day after the government rejected a decision by the United Nations rights council’s to send a fact-finding mission to Myanmar to investigate allegations of rape and murder by security forces against Rohingya.