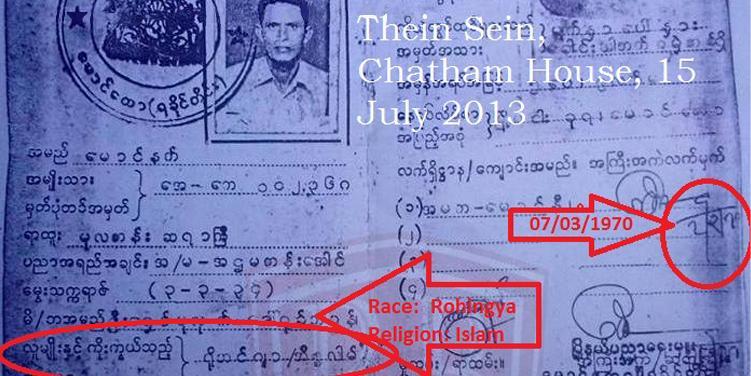 The ID depicts Myanmar President Thein Sein, and was apparently issued in 1970.  His ethnicity is described in this official government document as “Rohingya,” and his religion as “Islam.”  This would directly contradict the words and actions of the current government, who have claimed that the word “Rohingya,” does not exist in Burmese culture.

You decide: Who is lying, #Myanmar Government or #Rohingya?
Myanmar’s official lie about Rohingya identity and history which US Sec of State John Kerry has opted to overlook or swallowed.