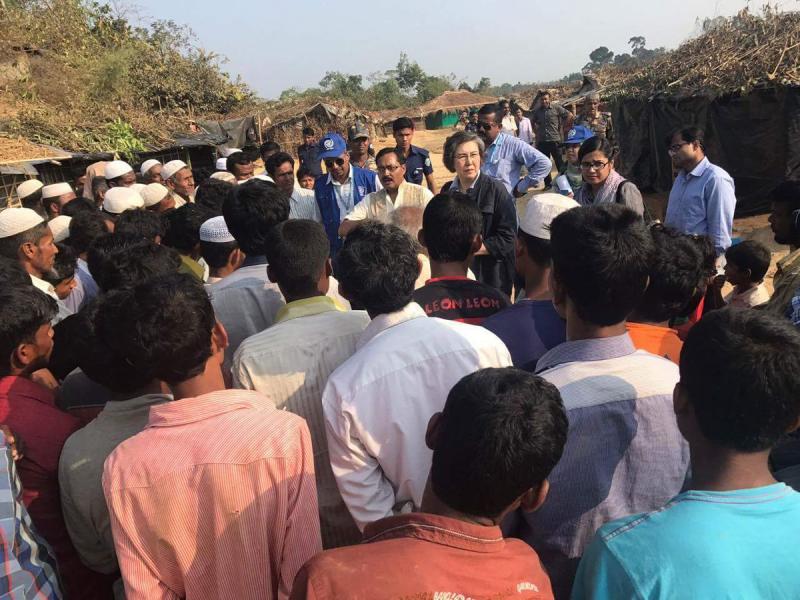 The United Nation Special Rapporteur, Yanghee Lee, has just wrapped up her investigative tour to Cox’s Bazaar in Bangladesh where she and her team interviewed recently displaced Rohingya fleeing Burma-Myanmar’s “Clearance Operation.”

DHAKA — Rohingya refugees who fled violence in Myanmar have told how government forces gang-raped women, slit people’s throats and threw children into burning houses, a UN envoy has said after a mission to neighbouring Bangladesh.

Yanghee Lee said the accounts given by Rohingya who had crossed into Bangladesh since a crackdown across the border in October indicated the violence was “far more extensive” than she had previously realised.

“There was not a single account I heard which was not harrowing,” said the human rights observer in a statement after her four-day visit to Bangladesh ended on Friday.

“I was especially affected by a mother who repeatedly expressed regret for mistakenly thinking that her son had been brought out from their burning house.

“She heard him screaming for her and managed to save his life but burn scars have been seared onto him — scars which I saw with my own eyes.”

Lee said she heard “allegation after allegation” of horrific events, including the slitting of throats, houses being set alight with people tied up inside and very young children thrown into the fire.

Almost 73,000 Rohingya have arrived in Bangladesh since the military unleashed a four-month campaign of violence in Myanmar’s Rakhine State which the UN has said may amount to crimes against humanity.