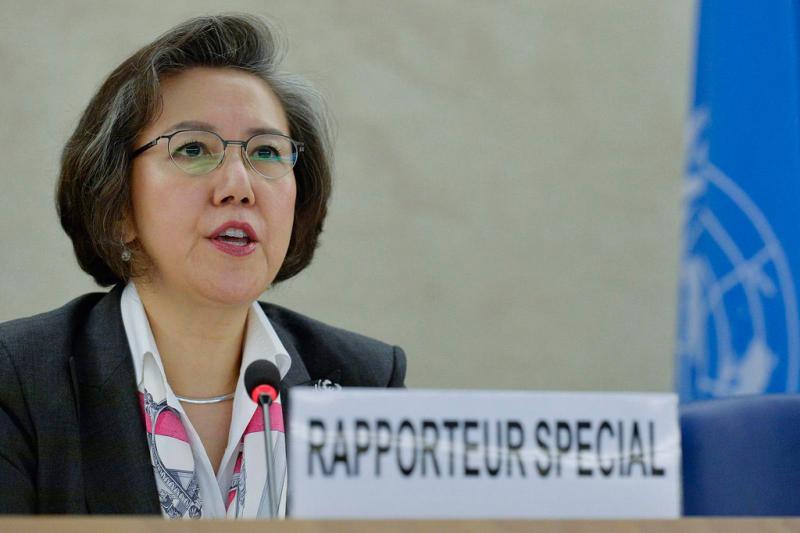 The situation for the Rohingya is not improving but instead is worsening. This is despite the election of Suu Kyi in 2015 and her promises of reform and inclusion. Genocide is being accelerated as the military and civilian politicians, along with extremist elements of society continue to apply draconian measures against the Rohingya.

The following are some of the comments of Yanghee Lee as she wrapped up her visit to the country.:

“Lee said she had catalogued a list of concerns during her 12 day visit to the country, – the visit took place at the invitation of the Myanmar Government – which allegedly also included the use of human shields by security forces and deaths in custody.

Lee, who concluded her visit on July 21, said that she was ‘disappointed’ to see the tactics applied by the previous government still being used in that country.

‘We are told not to expect Myanmar to transition into a democracy overnight – that it needs time and space,’ she continued. ‘But in the same way, Myanmar should not expect to have its close scrutiny removed or its special monitoring mechanisms dismantled overnight. This cannot happen until there is real and discernible progress on human rights.’

Lee also expressed concern over the situation of the Rohingya people, and said that state protection and security should be extended ‘not only to the Rakhine but also the Muslim communities.’

In Kachin and Rakhine states, some 100,000 and 120,000 people, respectively, are said to have been displaced for over five years after the outbreak of inter-communal conflict between Buddhists and minority Muslim Rohingya.”