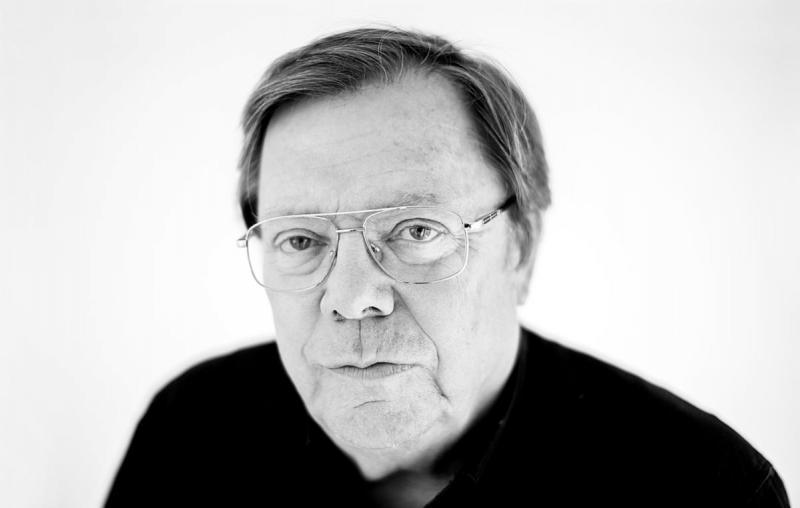 Reproduced with consent of author.

The Irrawaddy is a disputable anti-Rohingya racist platform run by a group of anti-Rohingya Burmese, which published this racist cartoon.

Why would a well-respected Swedish journalist based in Chiang Mai, Thailand for over several decades make facts-up on the Rohingya and the Burmese politics surrounding the Rohingyas while choosing to ignore the genocidal context in which various forms of Rohingya resistance has developed over the decades?

“It is also not known whether today’s militants, as suggested, want to establish an Islamic state in northwestern Arakan State, or are looking only for new havens for operations in the region, including perhaps even India.”

Remarkably for a Muslim population subjected to decades-of-genocidal policies, Rohingyas have committed not a single act of violence against civilians.

This largely absent Rohingya radicalism – as ICG has correctly noted – is even more remarkable when seen against the fact the largest number of Rohingyas in diaspora are in Saudi Arabia, the reported funding and ideological base for radical political Islam and all kinds of terrorist activities.

Never mind. Facts are no longer important in the growing post-Truth journalism. Lintner has joined this new club.

Here is one example of Lintner making facts up.

“In 1961, the last remaining rebels surrendered after an agreement was reached with the government. They were going to get their self-governing area, called the Mayu Frontier Administration.

Those early rebels did not call themselves Rohingya but mujaheeds. It was not until the late 1950s that the name Rohingya came into use and the government recognized the designation. U Nu, who had resigned as prime minister in 1958 to give way to a military caretaker government headed by Gen Ne Win, wanted to get the Muslim vote when he sought re-election in 1960—and the creation of the Mayu Frontier Administration as well as the recognition of the name Rohingya was part of that campaign.”

1) Mayu Administration was already decided upon long before 4 July 1961 surrender by the Mujahideens, a radical armed group, that did NOT enjoy the widespread support form its own communities across N. Arakan, Burma – nor support from East Pakistan, at the time.

2) A) Rohingyas did call themselves Rohingya, a self-referential ethnic identity long before 1950’s. The ascribed ID by the racist Rakhine was “Kaw Taw”, by the British was “Arakan Muslims”, etc. B) Mujihideens is NOT an ethnic name, but an honourable label for those who fight for justice. (Similar labels exist in all religious communities – Buddhist, Christian, Hindu, etc. This is not exclusive to Islam and Arabic world).

3) The top echelon of the Burma army was aligned very closely, if not openly, with U Nu’s rivals from the Socialist wing of the umbrella Anti-Fascist People’s Freedom League party, the ruling nationalist coalition which ruled the country. Aung San was head of the AFPFL and Nu was vice-chair. In 1958 AFPFL split, Nu led the Clean AFPFL Faction & the two socialists Kyaw Nyein and Ba Swe (home and defence ministers respectively) led the Stable AFPFL faction.

General Ne Win was commander in chief and Brig. Aung Gyi was 2nd in Command. Aung Gyi was one of the leading socialist nationalists before he joined the Army thereafter.

The whole country knew in the 1960’s election campaign – which U Nu won in a landslide – Ne Win-Aung Gyi army was fully behind anti-Nu candidates – namely Ba Swe and Kyaw Nyein.

Nu turned to the Buddhist majority by making 2 major promises:

Rohingyas are overwhelmingly Musims. This was not going to get U Nu’s Muslim votes.

The plan to set up Mayu Administration for the predominantly Rohingya was made by the Ministry of Defence Border Affairs Division, as the Rohingya leaders from N. Arakan townships were bitterly opposed to granting Rakhine an autonomous statehood as promised by U Nu – and even long before that.

Because of their past bloodshed between Rakhines and Rohingyas during WWII, they pleaded with the Ministry of Defence Border Affairs NOT to be placed under Rakhine rule to be headquartered in Sittwe.

Mayu District Admin was the direct and positive response from Ne Win and his deputies such as Brid. Aung Gyi and Col. Saw Myint. NLD Vice Chair, then Lt.-Colonel Tin Oo, was the one who was ordered to set it up as he was the Commander of All Rakhine Command. But because the Mujihadeens were still quite active in N. Arakan, the admin was not operationalized. Tin Oo was reposted back to Rangoon, and Lt-Colonel Ye Khaung as Tin Oo’s replacement operationalized the Mayu Admin, with my late great uncle – Major Ant Kywe – as Deputy Chief of Mayu District Administration in 1961.

Now let’s look at Lintner’s dismissal of Rohingyas’ claim to identity and history in this borderlands area.

He cites the Israeli diplomat-cum-expert on Burmese Muslims Moshe Yega and Yega’s THEORY and argues that Muslims of Arakan who now claim themselves “Rohingya” have nothing to do with the Rooinga – as recorded by East Indian company’s Scottish amateur ethno-linguist Buchanan in his widely accepted field survey read at the conference in Calcutta in 1799.

But in 1999, in his Burma in Revolt – a journalist’s scrambled account of protests, etc. known as 8888 Uprisings, he was writing the complete opposite.

There were a lot of minute details in the rest of the article which essentially spins that Rohingya militancy has an international Jihadist dimension and great potentials to become a serious terrorist issue.

ICG’s report was far more nuanced, far more acutely aware of decades of deep sufferings of the Rohingyas while Lintner is so focused on showing the history of militancy, armed movements, etc. – weaving together completely UN-connected facts, over the last 70 years. Mujahideens of the 1940’s and 1950’s were long dead, and so have their independence inspirations or joining up with next door.

Not even the Kachin Independence Army whose cause Lintner espouses is pursuing the dream of independence or secession.

Look at this disingenuous framing of the motives or mission of the new Rohingya militants.

“It is also not known whether today’s militants, as suggested, want to establish an Islamic state in northwestern Arakan State, or are looking only for new havens for operations in the region, including perhaps even India.”

How would a closeted anti-Muslim racist like Lintner know what the Rohingya militants which he has never met or known aspire to?

After all, Lintner could NOT even get the most elemental fact of how the official recognition of Rohingya ethnic name, and the minority status, as well as their own separate administration vis-a-vis the hostile Rakhine came about, something any competent Burma expert would have been able to research.

There are plenty of Burmese who would be happy to translate primary Burmese language documents and materials for western journalists, not simply for $ which they can use, but to prevent the Orientalists from butchering the past of their country.

Lintner is the journalist who can buy exact information deep within the Ministry of Defence, if he wants to expose truths and facts, say about Burma’s N. Korea ties, underground tunnels, or missile shipment.

This is more than shoddy professional writing.

One can only conclude that Lintner is NOT really interested in getting facts and empirical explanations of Rohingyas, their suffering or their nominal resistance.

In my view Lintner has, in this piece on the Rohingya, engaged in a FAKE JOURNALISM, the purpose of which seems like post-truth opportunism.

Writing about terrorism, militancy, potential terrorism – all against the backdrop of (anti-Muslim) “Global War on Terror” – gets one relevant with governments, intelligence agencies and prospective funders.

Sadly – and outrageously – for the Rohingyas, this is tantamount to climbing the ladder stepping on the piles of the skeletons of Rohingya babies and grown up washed up on shores of the Naaf River, or the Andaman Sea.

As a former correspondent for the now defunct, HK-based Far Eastern Economic Review Bertil Lintner most dedefinitely KNEW what Rohingyas have been going through oscillate between ethnic cleaning and a genocide. After all, his employer was covering this issue with ominous titles such as “Burma’s Brand of Apartheid” as early as 1978 – as the first large scale terror campaign by the Burmese Army was launched.

Finally, even the former head of Burmese Military Intelligence, and my old “pal”, ex-General Khin Nyunt was more truthful about how many Rohingyas the military had driven out of Rakhine: close to 280,000 between Feb and June 1978. (See the Burmese language book “the Problem of Western Gate”, by ex-General Khin Nyunt, July 2016).

“International interest in the issue came after the Burmese government in March 1978 launched a campaign code-named Naga Min (“Dragon King”) in Arakan State, ostensibly to “check illegal immigrants.” By June, at least 200,000 Rohingya had fled to Bangladesh, causing an international outcry.”

This is not just bad journalism; it is post-Truth that rests on detectable Islamophobia and ‘anti-terror’ opportunism.

All the impressive details would intimidate any reader who is NOT versed in Burma affairs including Rohingyas, or terrorism.

But it is exceedingly difficult to detect which bits of Linter’s details in this article are fabricated as he goes along, or which bits are empirical and factual.

If I were a policy maker or adviser or an intelligence analyst fishing for facts about potential “terrorism” arising out of the Rohingya context I would be very, very cautious about trusting Lintner – his “facts”, “analysis”, or reportage.