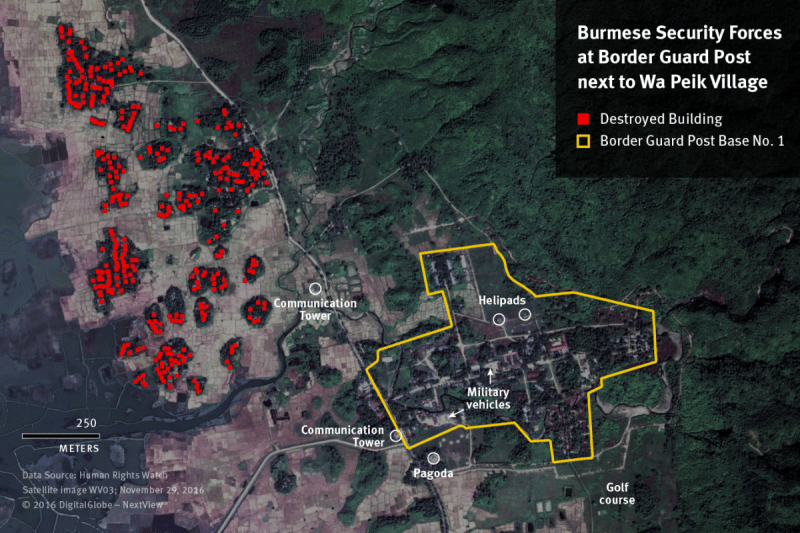 According to Human Rights Watch, over 1,500 Rohingya (likely more) homes have been detroyed since the Burmese military undertook its so-called “clearance” operations against militants. The Burmese military is collectively punishing the entire Rohingya population for attacks on the border posts it claims were carried out by a new militant organization. This operation is dangerous as it has the potential, due to the use of excessive force and war crimes to radicalize Rohingya and “entrenching the armed group.”

“The new findings refute the Burmese military and government’s claims that Rohingya militants were responsible for burning down their own villages,” said Brad Adams, Asia director at Human Rights Watch. “The satellite imagery and eyewitness interviews clearly point the finger at the military for setting these buildings ablaze.”

The new satellite imagery analysis of villages in Maungdaw Township reveals four new elements. First, the total number of destroyed buildings identified by Human Rights Watch has climbed to 1,500 as of November 23. The full number is probably higher as tree cover may have concealed some destroyed buildings.”