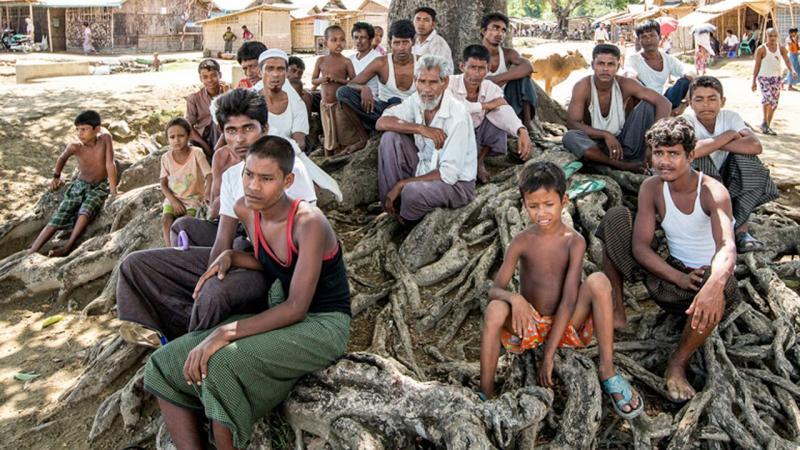 Tim Frewer, a phD candidate at the University of Sydney has written a must read comprehensive essay on Burma that tackles a number of issues related to state sovereignity, colonialism, post-colonialism, the role of neo-liberal capitalism and the plight of the Rohingya.

As hordes of experts and analysts fumble through the politics of the Rohingya crisis misrepresenting it as a communal or religious problem, the state and its sponsors conjure up ever more systematic and violent techniques to establish sovereignty over Myanmar’s problematized Rohingya. The Australian government has provided over AUS$5 million to Myanmar to help ‘strengthen border control’ with the aim of tackling ‘illegal cross border movement’. Myanmar government officials have made it clear that for the state it is the Rohingya who constitute the largest threat to sovereignty (Zarni & Cowley, 2014).

Donors decry the situation in Rakhine state but are reluctant to challenge state sovereignty which they are so desperately trying to build up as part of neoliberal state-building programmes (as just one example the EU has dedicated 199 million Euro to ‘good governance’ and ‘state capacity building’ programmes over the last four years). The EU, Australia and other donors have also contributed millions of dollars to the Myanmar Peace Centre which has spectacularly failed to do anything meaningful to help the plight of the Rohingya. Of course, neoliberal development interventions challenge and fragment sovereignty in complex ways (Ong, 2006), but in an age of security obsessed states, the rights of states to brutally expel their unwanted populations has become a de facto sovereign right – for instance Australia’s talk of international rights can hardly be taken seriously when it is busy trafficking its unwanted refugee population – some of whom are Rohingya, across the region.

Unlike the sacred commitment to democracy – which is backed up by the threat of sanctions and aid cuts, the legally sanctioned expulsion of the unwanted results in little more than concerned statements. Or perhaps it is precisely because the states treatment of the Rohingya is not in conflict with democracy, but a dark and imminent part of it , that the international community has been so tolerant of events in Rakhine state. In 2014 Myanmar received a record amount of aid and was the second largest recipient of OECD aid after Afghanistan. Aid flows have largely been unaffected by the states experiment with apartheid in Rakhine state – if anything they have likely increased because of it.

The Rohingya have not just become stateless, but have been made stateless through technologies of sovereignty such as censuses and elections. And in donors endeavours to extend sovereignty by supporting such activities, they have consistently been outmanoeuvred by the state. The Australian supported, and UN implemented census for instance,succumbed to pressure to disqualify the Rohingya from the census – formally rendering the million or so people who identify as Rohingya invisible. Then there was the state’s decision just months before the election to revoke voting rights to white card holders, of which the Rohingya are the largest group – a direct response to fascist like protests from Rakhine groups and Buddhist nationalist group MaBaTha, and which effectively undid the lobbying of the UN in the early 1990’s which had secured at least some basic level of recognition to the Rohingya.

Through accidents of history those who now identify as Rohingya found themselves on the wrong side of the arbitrary state sanctioned ethnic categories which came out of colonial censuses (Grundy-Warr & Wong, 1997). The British used highly arbitrary groupings that were an amalgamation of geographic based, religious based and racial categories (Harriden, 2002). Yet some researchers still use British censuses to suggest, implicitly or otherwise, that the Rohingya category lacks legitimacy – as if we can look to arbitrary state techniques for categorising people as a proxy for whether those people exist. As debates rage on academicand popular sites about the legitimacy of the Rohingya category where much academic labour has been invested in elucidating the contested nature of the identity(iv) – and some academics even now insist on using inverted commas every time they use the term, violent technologies of sovereignty go largely unquestioned.

One white male academic in Sittwe for instance told me that even my own country Australia has to put in place mechanisms to deal with ‘illegal immigrants’. I immediately thought of Australia’s offshore mandatory detention gulags and the remarkably similar circumstances people find themselves in when they are rendered illegal – and it just so happens that in both Australian and Myanmar some of the same NGOs manage both camps, and some detainees from one camp inevitably end up in the other. But the academic was defending sovereignty, not challenging it. So many English language discussions on the Rohingya, both within academic and practioner circles, remain either tacitly or overtly framed within the categories of citizenship, legal and illegal migration, and borders. The challenge, as border theorists such as Angela Mitropolous have pointed out, is to keep up with the way border technologies evolve in disparate circumstances with the aim of contesting and challenging them, rather than tacitly defending them.