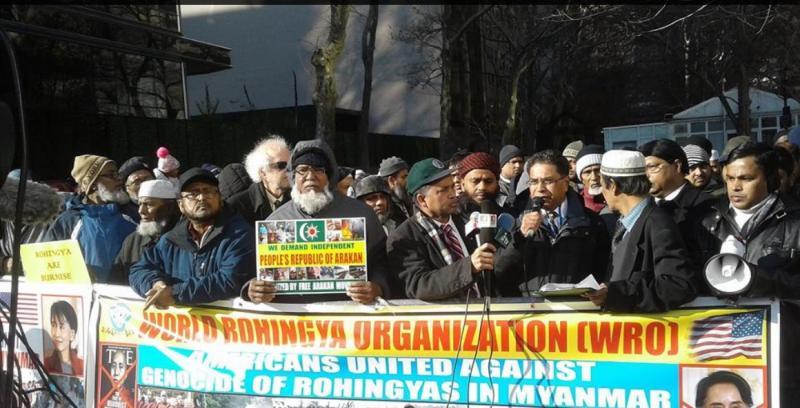 As the Burmese military “clearance operation” continues to collectively punish the Rohingya through its: mass arrests, murders, rapes, illegal detention and the denial of food aid to thousands, many around the world are raising their voice against the oppressive Burmese regime and the silence of civilian leader Suu Kyi.

In New York this past week, several hundred supporters of the Rohingya demonstrated in front of the UN seeking to raise awareness of the genocide and war crimes currently being carried out by the Burmese state and military. Burma Task Force, ICNA and MUNA sponsored the rally. A statement signed by 36 organizations was delivered to the Bangladesh Mission, an additional statement was sent to the new UN Secretary General.