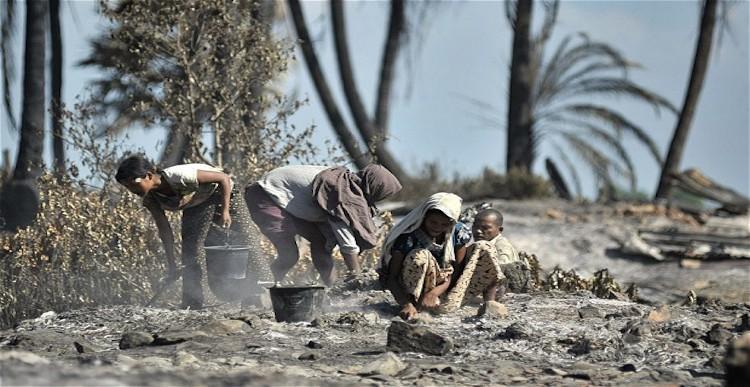 Since May of this year, the Rohingyas- or “boat people” as the media has dubbed them- have been plunged into the international spotlight. Almost every news website, ranging from BBC to The Phuket News, to The Sydney Morning Herald has at least one article, if not more about them. However, not all of these articles are created equal. In monitoring the recent media coverage, we have already noticed significant differences between publications.

For example, Asian news sources tend to describe the persecution as only an ethnic one, while Western news sources view it as both an ethnic and religious persecution. This contrast can be seen when comparing the articles “Rohingya leader thanks Pak ambassador to UN for OIC approval” from the Pakistani publication Daily Times, and “China and India Are Sitting Out Refugee Crisis” published by the American paper The New York Times. The article from Pakistan depicts the plight of the Rohingyas primarily as an “organised campaign of ethnic cleansing”, and though it mentions the Rohingyas are Muslim, it does not explain that their faith is the root cause of their persecution. In contrast, the American article describes the cause of the Rohingyas’ mass exodus from Myanmar as “religious persecution.” However, even if the genocide is described as an ethnic cleansing, it is important for readers to understand that in Myanmar, being Rohingya is synonymous with being Muslim. This makes the ethnic persecution a religious persecution as well. Furthermore, the main goal of those persecuting the Rohingyas is to eliminate Islam, and Muslims, from Myanmar, making the genocide a religious genocide.

Another difference is that articles published in Indochina and South Asia often concentrate on Rohingya refugees who have managed to flee Myanmar, while articles published in nations further away from Myanmar are more focused on the Rohingyas still in Myanmar.  Channel News Asia,  The Sun Daily, and Malay Mail Online -Indochinese news agencies- all feature articles centering on Rohingyas in Malaysia or Thailand. This is likely because these publications are in countries more directly affected by Rohingya crisis, due to the arrival of refugees. Though this difference may seem inconsequential, it is beneficial in making sure Rohingyas in Myanmar are not the only ones people think of when they want to provide help, and that the Rohingyas who have managed to reach foreign shores are also remembered.

The last issue we noticed in monitoring media coverage of the Rohingyas was actually something that was missing, or rather a word that was missing: genocide. This problem seemed to have no geographic boundaries. Whether the publication was from Australia, Europe, Saudi Arabia, Turkey, or  Thailand , the word was missing. Only a few articles quoted or cited sources describing the Rohingya persecution as a genocide. One would expect journalists to cover this angle more, since it highlights just how severe the situation is. Journalists would not be exaggerating by using the term either, as seven Nobel Peace laureates have already used it to describe the situation in Myanmar.

Hopefully, these articles published by news agencies across the world, with or without the word “genocide”, will unite readers and encourage them to take action to end the suffering of the Rohingyas.