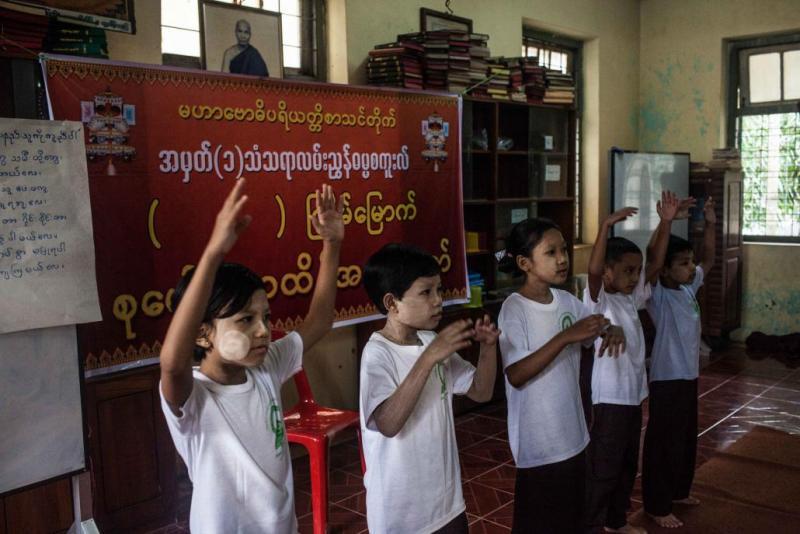 The ultra-nationalist Ma Ba Tha organization is expanding its operations into the educational sector. The hate group best known for its Islamophobic and anti-Rohingya campaigns of violence and intimidation will now be in the poisition of indoctrinating youth into their extremist theological and nationalist ideologies.:

RANGOON — Buddhist monks of the ultra-nationalist Association for the Protection of Race and Religion (Ma Ba Tha) opened a private high school on the outskirts of Rangoon this week, where they said they would provide free education for children and teach them to “protect race and religion.”

Mahaw Thadar High School in Rangoon’s Hlegu Township has enrolled around 150 children for Grade 9 and will accept more students for Grades 10 and 11 next year, said Ashin Panya Vara, the monk who founded the school.

“I expect these school children will become decent citizens of our country and will protect and safeguard our race and religion,” he told Myanmar Now in an interview at the new facility.

Ashin Panya Vara said the teaching would follow the standard high school curriculum, but also include religious and literary programs taught by monks that would build children’s morals and Buddhist devotion.

At the school’s opening on Wednesday, the monk gave a one-hour speech to children and staff on “morality and code of conduct as citizens.”