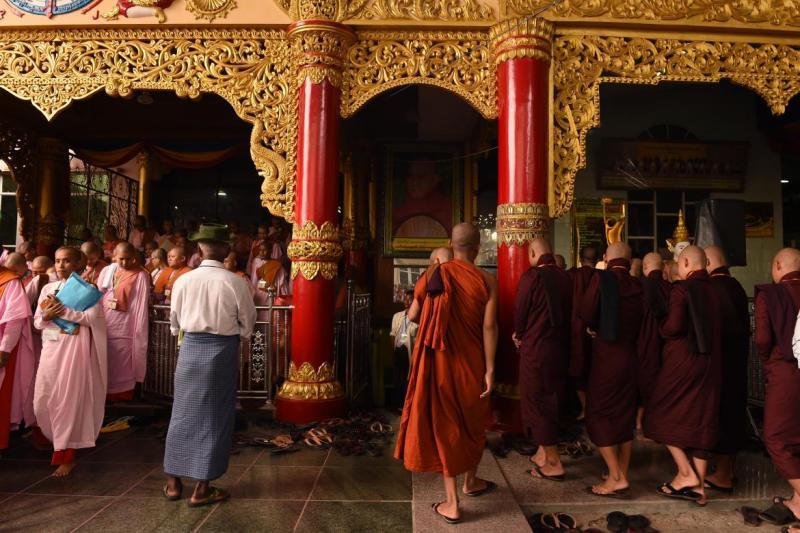 Extremist monks gathered at a monastery in Insein township in Yangon on Saturday for their annual summit and to mark the three-year anniversary of their organization, the Ma Ba Tha.

“The monks vowed to continue protecting race and religion under the new government, while also maintaining the fight against citizenship for those who self-identify as Muslim Rohingya.

The two-day event reviewed the achievements and future vision of the controversial Committee for the Protection of Nationality and Religion as Ma Ba Tha is called in English. Organisation chair U Tilawka Bhivamsa, also known as Insein Ywama Sayadaw, told over 1000 monks and supporters that the group must focus on uniting the 135 recognised ethnic groups of Myanmar.

“Whatever the party and whoever the president is running the government, Ma Ba Tha shall protect nationalism for future generations,” he said.

He added that Ma Ba Tha must protect the four “race and religion laws” backed by the organisation and passed into effect last year, as well as the 1982 Citizenship Act. Ma Ba Tha’s controversial legislative package has been slammed by local and international rights groups for discriminating against women and religious minorities.”