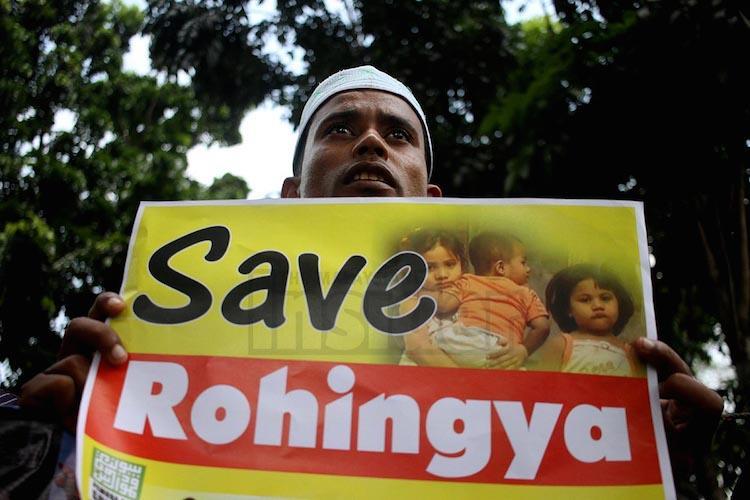 The 6th Oct protest is aimed at raising awareness within EU countries and internationally of the genocidal nature of Myanmar’s persecution of the Rohingya. The protest organizers want the International Criminal Court to try Myanmar leaders, including President and ex-General Thein Sein, who officially violate Rohngyas’ right to self-identity and oversee the systematic destruction of a Rohingya as a distinct ethnic and religious community of more than 1 million.

Since 1979, successive military and quasi-civilian governments of Myanmar have been persecuting the Rohingya in Western Myanmar. Myanmar military has viewed Rohingya Muslims, who are prenation state borderlands people living along the present-day Bangladesh (formerly East Pakistan) and present-day Myanmar as a ‘threat to national security’ because they are the only Muslim community with their own historical ancestral land, which is adjacent to one of the largest Muslim countries. This is a baseless claim as the Rohingya are the only ethnic group that is not armed and not hostile to either the government or the predominantly Buddhist society at large.

The persecution is commonly acknowledged as either genocidal or potentially genocidal by various human rights organizations and investigators including the United States Holocaust Memorial Museum, Genocide Watch, former UN Special Rapporteur on the situation of human rights in Myanmar (2008-2014) Mr Tomas Ojea Quintana, leading scholars of genocide George Stanton and William Schabas, anti-apartheid leader Desmond Tutu and Amartya Sen. The world renowned philanthropist and financier George Soros who escaped the Nazi-occupied Hungary in 1944 likened Myanmar’s treatment of Rohingya Muslims with “a Nazi genocide” he experienced as a young man.

In response to the appeal by the Oslo Conference on Myanmar’s Persecution of the Rohingya held at the Norwegian Nobel Institute and Voksanaasen in May this year, 7 Nobel Peace Laureates – Desmond Tutu of S. Africa, Mairead Maguire from Ireland, Jody Williams from the USA, Tawakkol Karman from Yeman, Shirin Ebadi from Iran, Leymah Gbowee from Liberia, and Adolfo Pérez Esquivel from Argentina – issued a statement, characterizing Myanmar’s policies towards Rohingya as “a textbook case of genocide in which an entire indigenous community is being systematically wiped out by the Burmese government.”

Since the official persecution of the Rohingya began nearly 40 years ago – with periodic spikes in mass violence against them, roughly half of the Rohingya have fled the country in search of refuge, with thousands perishing in high seas or overland before they reached third countries. The Rohingya who remain in Myanmar languish in what is commonly acknowledged as “vast open prisons” under deplorable human conditions. Myanmar has blatantly ignored UN resolutions calling for the restoration of the Rohingya’s citizenship and human rights over the last 20 years.

Maung Zarni, Organizer, The Oslo Conference on Myanmar’s Persecution of the Rohingya: