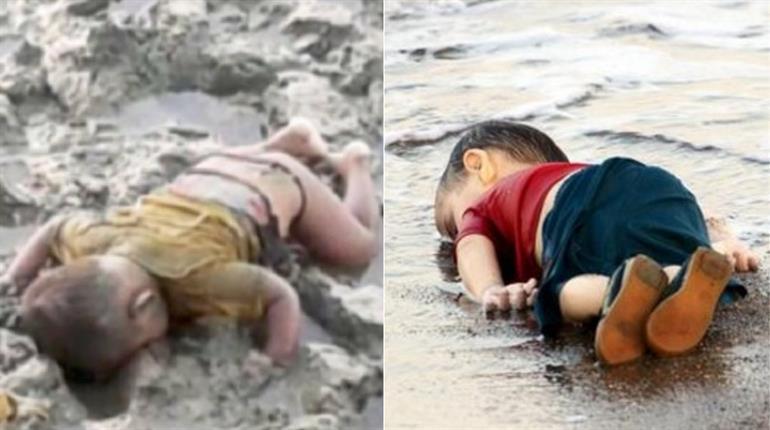 (CNN)Face down in the mud, a baby boy lies still after washing up on a river bank.

His name is Mohammed Shohayet, a 16-month-old Rohingya refugee whose family fled their home for Bangladesh to escape the violence in Myanmar’s Rakhine State, only to drown during the journey along with his mother, uncle and three-year-old brother.

“When I see the picture, I feel like I would rather die,” Mohammed’s father, Zafor Alam, told CNN. “There is no point in me living in this world.”

The image has parallels with that of the young Syrian refugee Alan Kurdi, who was found dead on a Turkish beach in September 2015, after trying to flee the civil war at home.

The conflicts the two boys left behind are different, but the desperation of their families to escape is all too familiar.

Myanmar’s Muslim Rohingyas are considered one of the world’s most persecuted minorities. The Myanmar government views them as Bengali immigrants, despite the fact that they’ve lived for generations in Myanmar’s Rakhine State.

“In our village, helicopters fired guns at us, and the Myanmar soldiers also opened fire on us,” said Alam. “We couldn’t stay in our house. We fled and went into hiding in the jungle.”